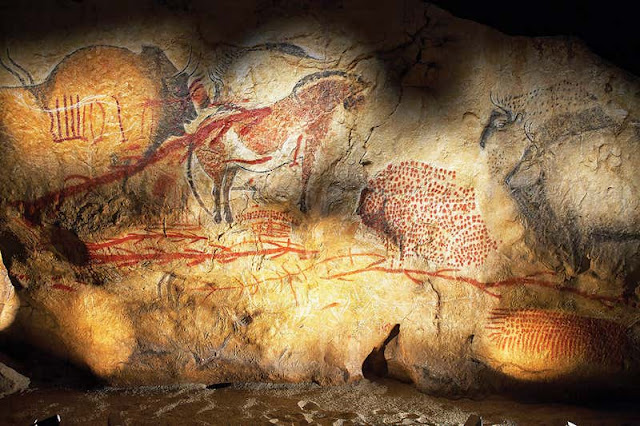 The earth is over 4000 million years old. The evolution of its crust shows four stages. The fourth stage is called the Quaternary, which is divided into Pleistocene (most recent) and Holocene (present); the former lasted between 2,000,000 and 10,000 years before the present and the latter began about 10,000 years ago. 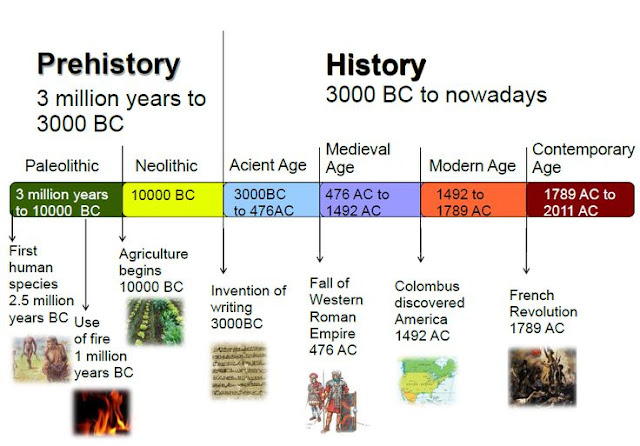 (i) Economic base of these cultures was associated with agriculture and cattle rearing. This was supplemented by wild game and fishery as well as attested by archaeological evidences.(ii) Excavations at various sites reveal cultivation of a variety of crops. Barely was the main crop besides wheat, rice, gram, pea, bajra, jowar etc(iii) Archaeological evidence form Inamgaon establish the knowledge if the inhabitants about crop  rotation, harvesting and irrigation.(iv) Certain references of use of ploughshare are also present. (v) Excavations have shown that the people domesticated animals like goat, sheep, dog, horse  etc. Besides certain references are there about wild animals like various types of dear, buffalo,  rhino. (vi) Excavations of certain sites have also yielded bones of fish, turtle etc. This shows that people  consumed all these.

(i) Excavations also reveal various structures like fortification, granaries, embankments as are seen at  Eran of Malwa Culture and at Inamgaon of Jorwe culture.(ii) The distinctive house pattern in various sites is rectangular and circular.(iii) The Malwa houses at Daimabad, Inamgaon, Navdatoli are large in size having partition wall made  up of mud chullahas are common.

(i) The regional Chalcolithic cultures are characterised by regional and village settlements as attested  by excavations.(ii) There was hierarchical pattern in social organization with prevalence of the concept of social  ranking.(iii) There was some kind of administrative authority as a suggested by the distribution pattern of  various sites.(iv) Existence of structures such as rampart, granaries, embankment too suggest some kind of  administrative authority.

(i) Pottery was Painted and was mostly black on red.(ii) The Jorwe pottery is painted black-on-red and special forms, are bowls, jars and globular vases.(iii) Ahar pottery shows seven varieties but the most important type being black and red ware painted in white.(iv) Malwa pottery possesses buff slip and various pattern are displayed in black or dark brown colour. Small goblets are an important feature of Malwa pottery.(v) Kayatha pottery is marked by three types- Red slipped ware painted in dark brown; red painted buff ware and a combed ware.(iv) Rangpur pottery is known as lustrous red ware. It is derived from harappan red and black ware, black used for painting.

(i) Female figures of clay both baked and unbaked have been discovered. A headless female figure from Nevasa and terracotta female figurines from Inamgaon too have been discovered. This suggests that people worshipped mother goddesses.(ii) Excavations throw light on various practices of disposal of dead. Burial was a common custom. Burying of dead in north- south orientation has been revealed by excavations. There are evidence of pit-burial also. A typical custom shown by excavations was burying the dead in the precincts of the house besides cutting off the feet before the burial too a peculiar autlook of people in Jorwe culture.

(i) Megaliths usually refer to amidst stones in graveyards away from the habitation area. In South India this kind of elaborate burial came with Iron age starting around 1000 BC and continuing for many centuries subsequently.
(ii) The pottery that we discover from the excavated graves is black and red ware.
(iii) The settlement found near the Megalithic complexes have very thin debris of occupation. This would indicate that these people were living in one area for a very short time. May be with the knowledge of Iron they could colonize new areas. Thus, some of the population was nomadic and some settlements might indicate colonization of new areas. Where the settlements continue from the preceding period, people continued to live in their old ways. Use of Iron tools enabled them to use granite stones for their graves. It is these agro- pastoral groups that enter the historical phase in the early centuries of the Christian era. They have been mentioned in the Sangam literature. Some of the graves have yielded Roamn coins which suggest their entry into history and their participation in trade network spread over a large area.

1. Which Neolithic sites among the following show evidence of pit- dwellings and bone tools?(1) Burzahom (3) Senwar(2) Gutkral (4) ChirandChoose the answer from the following codes:(a) 1, 2 (c) 1, 4(b) 2, 3 (d) 1, 3
2. The middle Palaeolithic industries are mainly based upon which tools?(a) Handaxes (c) Choppers(b) Cleavers (d) Flakes
3. Which of the following is not a feature of Neolithic cultures?(a) Cultivation of plants (c) Use of Iron for agriculture(b) Domestication of animals (d) Sedentary Farming
4. Archaeological evidence from which Chalcolithic site shows evidence of corporation, harvesting and irrigation?(a) Daimabad (c) Navdatoli(b) Inamgaon (d) Rangpur
5. Jorwe pottery type seen in the Chalcolithic period is predominantly of?(a) Black on Red (c) Red ware(c) Black and Red (d) Ochre coloured ware
6. The pottery that is discovered from the Megalith burials is?(a) Black on Red ware (c) Red ware(b) Black and Red Ware (d) Ochre coloured ware
Posted by Viplava IAS Acadamy at 03:48